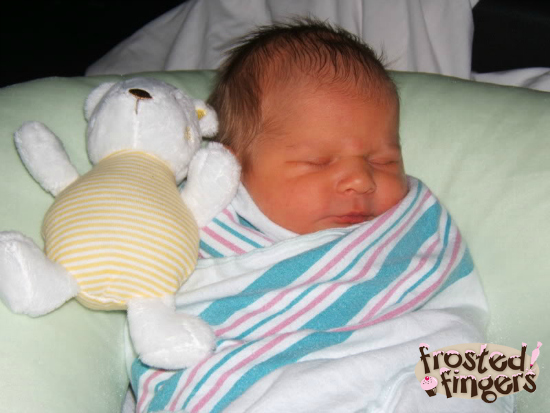 Our “Monkey” is Cadence Theresa and she was born on 5/11/07. I was planning to have a VBAC with her, but due to an ultrasound at 37 weeks, we switched over to a c-section because the ultrasound said she was already over 7 pounds. The hospital in Florida wouldn’t allow me to attempt to vbac if the baby was over 8 pounds. Seeing that I still had 3 weeks to go, at least, we figured she’d get much bigger than 8 pounds and so we scheduled the surgery.

I went into the hospital to have her and it was so surreal to have a planned delivery. Everything was going well until they gave me the spinal. When they gave it to me and I put my legs back on the table, the drugs kicked in right in the middle of me doing that. So when my legs settled on to the table they felt like they were still in a frog leg position. I kept telling people and they weren’t listening to me so I was thrashing my whole body to move my legs since I could no longer move my legs. The doctor ended up calling for more drugs and knocked me down a few notches so I would lay still. She was born at 9:10 am and was 7 lb 3 ounces and 19.5″ long. When I went into recovery, my legs still felt like they were in the frog leg position and I said something to the recovery nurse. She lifted my legs and showed me they were straight. At least at that point I had the visual. I don’t know why they couldn’t have done that in the OR instead of practically knocking me out!

You can see in the picture above that she was starting to look yellowish. Turns out she developed jaundice as well. The downside was they had already released me when they decided to keep her. I had to go home that day without my baby. I know it’s nothing compared to women that spend weeks and months away from their babies that are in NICU, but this was depressing. You know how when you LEAVE the hospital after surgery you have to ride out in a wheelchair? Well coming back in later that night to nurse her and pump I had to WALK back up to the nursery. Keep in mind I had had a c-section 3 days earlier. That was NOT an easy walk!! 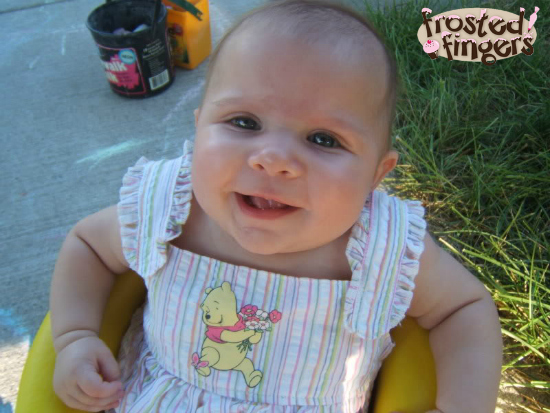 Our Monkey was able to come home the next day and she filled our hearts with love and no sleep. She did not (still does not) like to sleep! I nursed her for 12 months. We actually moved back up to Chicago after she was just 3 months old to be closer to family. That’s a lot of work; packing with a 2.5 month old and 2 year old! She was and still is an extremely slow grower. She was in preemie clothes for a few months. She’s almost 7 and can still fit into some size 4 clothes! She is the most loving and caring little girl ever and she can’t wait for her baby sister to get here. 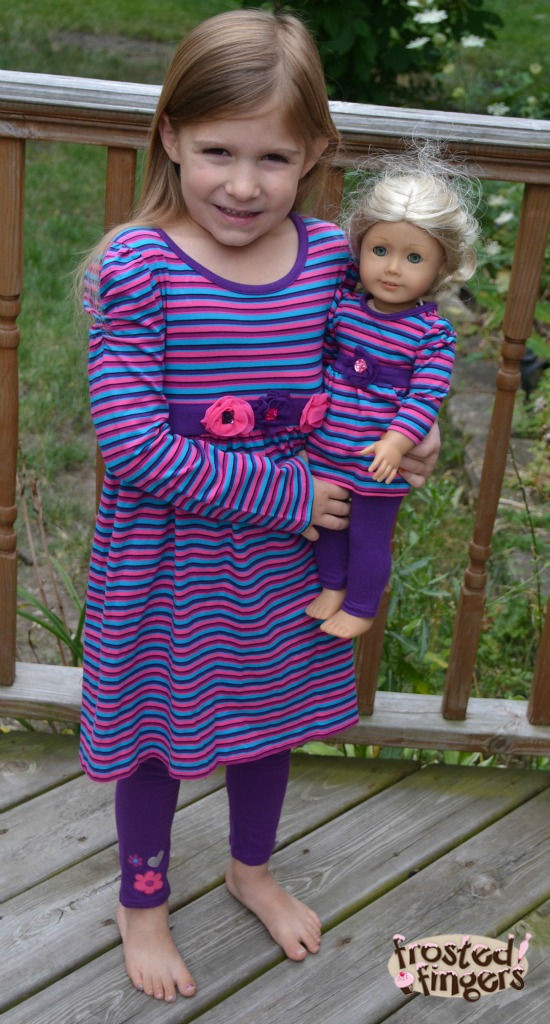