Note: I participated in a campaign on behalf of Mom Central Consulting for Starburst. I received product samples to facilitate my review and promotional item as a thank you for participating. 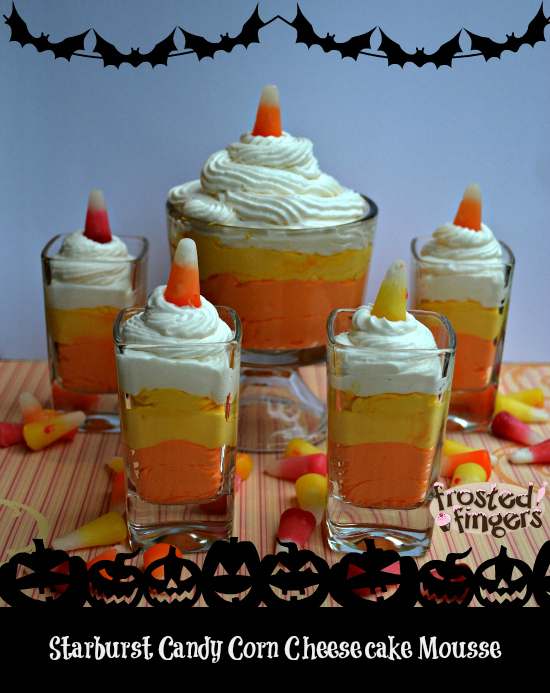 Can you believe it’s almost Halloween? The end of the year is coming way too fast! I was sent some Starburst Candy Corn to create a mom-inspired craft with. Seeing that my dog is blind, but has an awesome sniffer, I was afraid to create a food craft that would be left out that she would somehow get to. (She and the cats are crafty creatures themselves!) Along with the candy I was sent some ideas from Tori Spelling for crafts and one included a cupcake, so I figured I had free reign to create a recipe craft as well. The recipe is super simple and the only thing that takes time is to color the mousse and make it pretty. 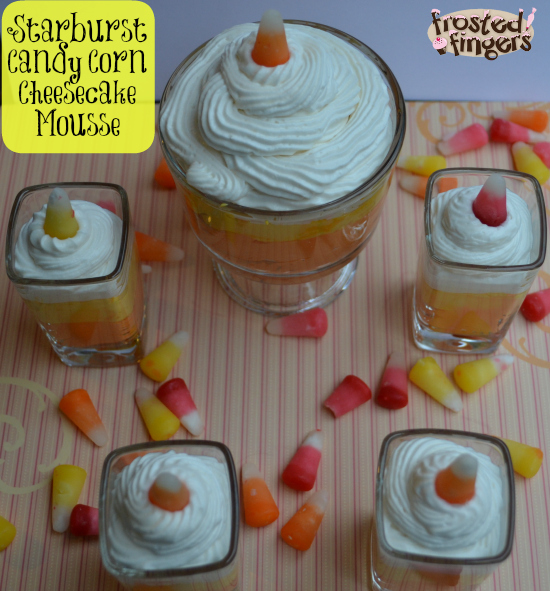 I actually like the flavor of the Starburst Candy Corn. I can’t handle a lot of it, because it’s very sweet, but it tastes just like Starburst. It’s nice to be able to get the Starburst flavor without having it get stuck to your teeth!

Tori Spelling came up with some fun crafts inspired by the Starburst Candy Corn candies. 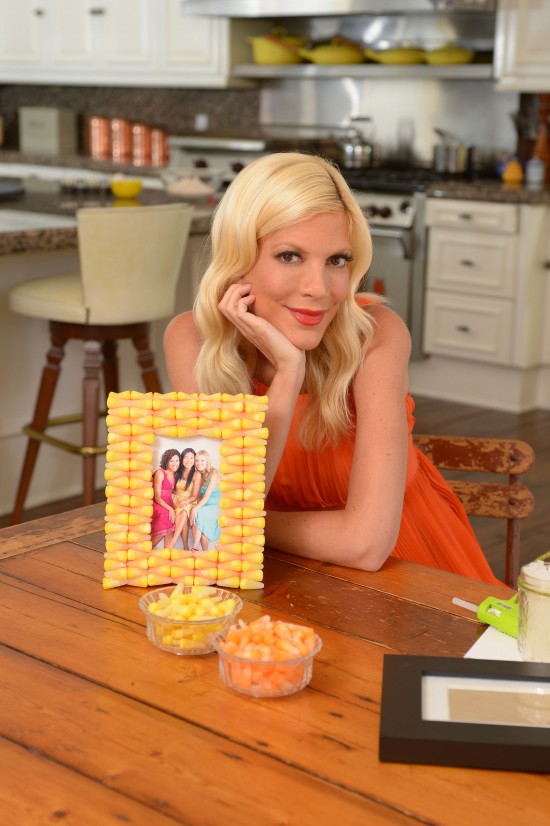 I really liked the idea of the picture frame, but I could totally see a cat knocking it down and the dog eating it! I thought it would be a super cute way to show off your kids in costume! Have you done any Halloween crafting? I’d love to see your ideas. For some ideas for you to work with, visit the Starburst Candy Corn Facebook page. My friend Lisa made the Candy Corn Cupcakes that Tori shows us on the Facebook page. What would you do if you were given a bag of Starburst Candy Corn and asked to make a craft? 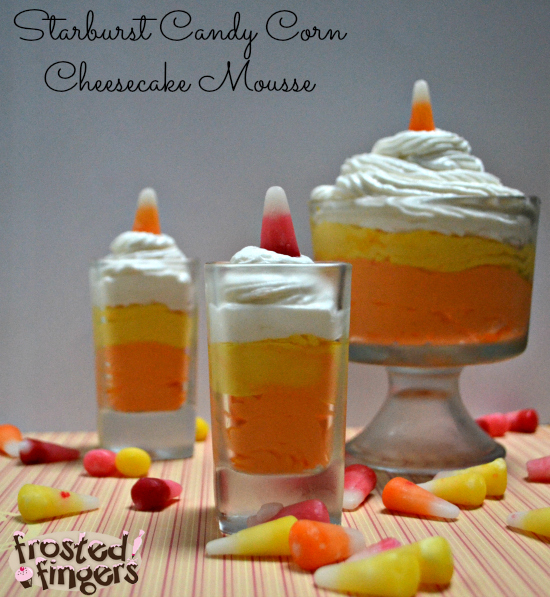