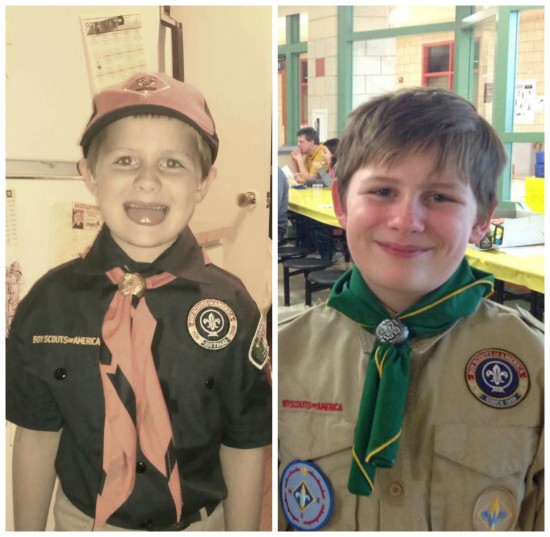 Last weekend my oldest son became a Boy Scout. I can’t believe that my little baby is now a big boy! We celebrated at his Blue and Gold Ceremony. My husband and I aren’t just parents of a scout, we are active in the Cub Scout Pack. My husband is the Committee Chair and I am the Pack Trainer (for now, I may change positions soon.) I started out my time with the pack as Buddy’s Den Leader. When they said they needed a pack trainer, I changed roles and my assistant leader became leader. I was still a little bit of a help to her when I could be. (Probably not as much as she would have liked!) 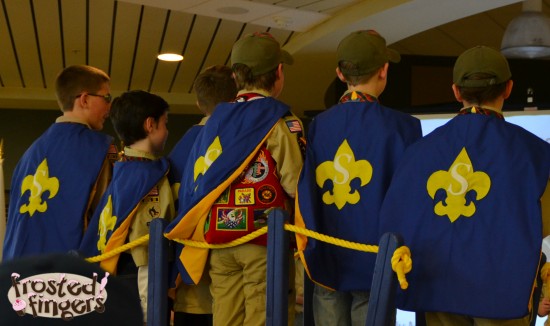 One of the things I promised the boys in our den was that I would make them all Super Achiever Capes if they reached the Super Achiever Award by earning all 20 of their Webelos pins. Only two boys from our den made it. I decided, since there weren’t that many earning it in our Pack, that I’d make one for every boy that earned it. I ended up making 6 capes. I had a friend bring her sewing machine over two days before the ceremony to help me sew them together. (Ever try to create 6 capes with a newborn and 2 year old?!) We got those made on Thursday and the next day was time to start focusing on cakes. 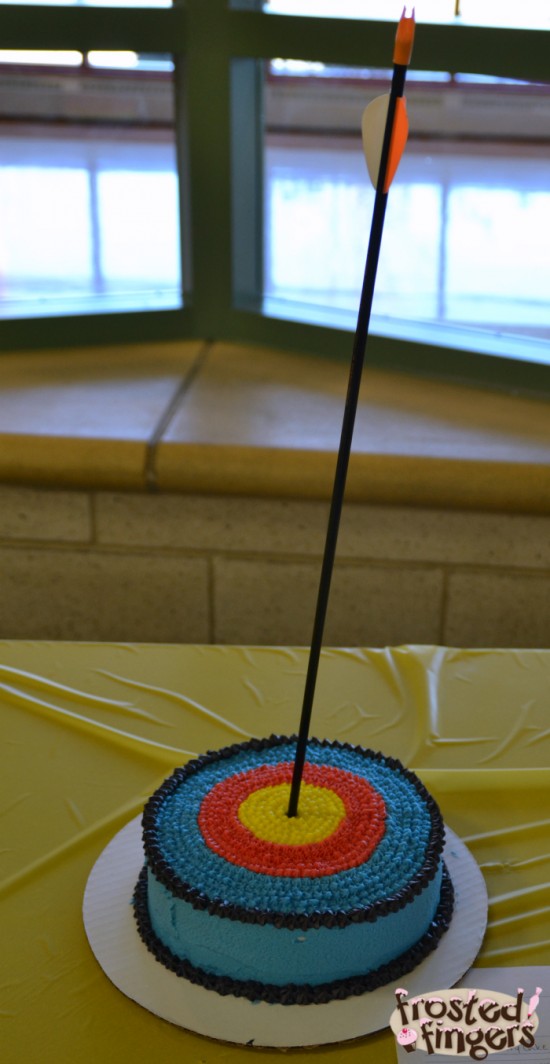 Our Pack does a cake auction every year at the Blue and Gold as a fundraiser. People donate fun cakes and everyone gets to bid. If you are the winner, you bring home a cake. This year since I had two boys in the pack I decided I would make two cakes to donate. I always try to keep mine Cub Scout themed. (I’ll post the other cakes at the end of this post so you can see.) This archery cake was to represent my Tiger. He LOVES archery and wants to start taking lessons. So far the only local place I found you have to be 8 to start and he’s only just turned 7. 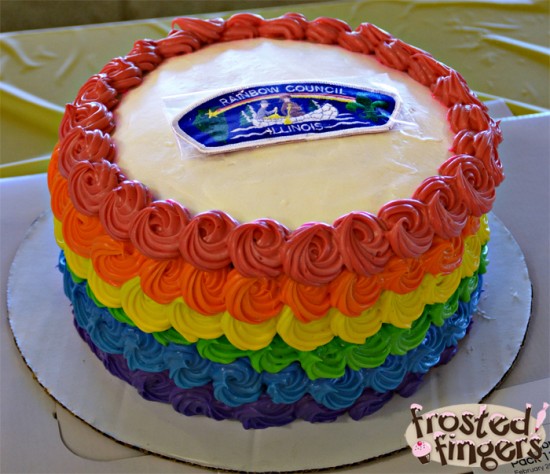 I saw this Rainbow Cake pop up in my Facebook feed and I wanted to make it for the ceremony. Not until after I told my son about it did he put it together with our council. Our council is Rainbow Council, so it became the Rainbow Council cake. What you can’t see is that the inside is also rainbow layered! We didn’t win our own cake, so I couldn’t get a good picture of the inside. You can learn how to make the Rainbow cake at the I Am Baker site. 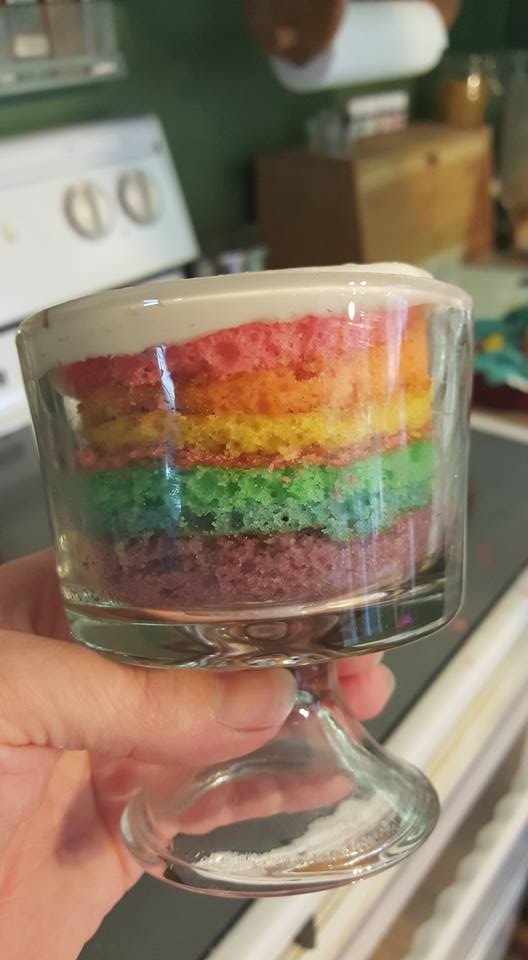 You can see a small sample of the inside that we threw together out of the cake scraps. The cake auction went well. Our pack brought in over $500 on all the cakes! My archery cake went for $20 and the rainbow cake went for $45! 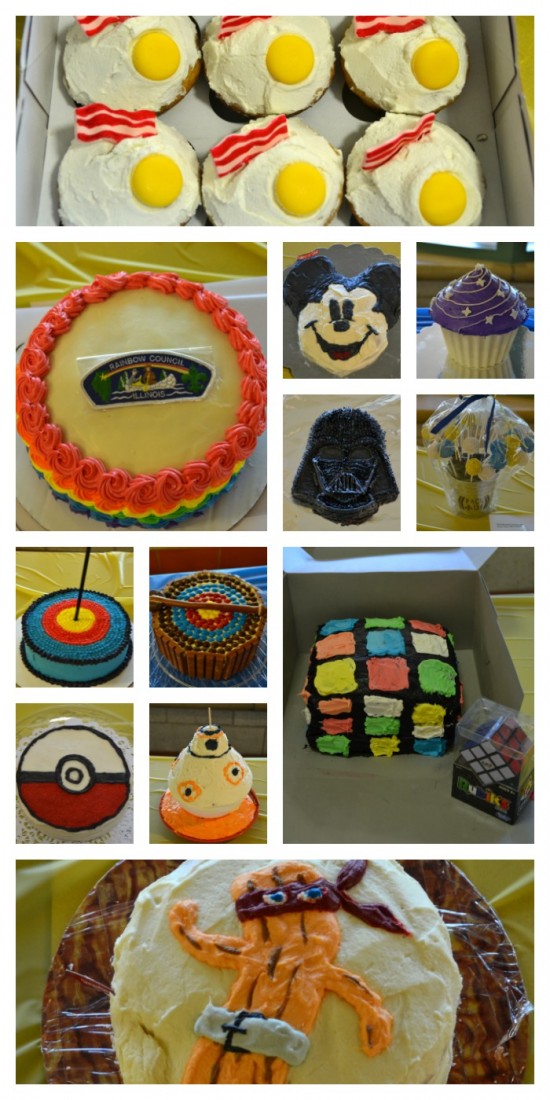 That was all the cakes that were made for the Pack. We have some really talented bakers and decorators in our pack! The Blue and Gold was a big success! The boys had fun and I enjoyed seeing my baby cross over to Boy Scouts. Below are my old Blue and Gold Cakes. 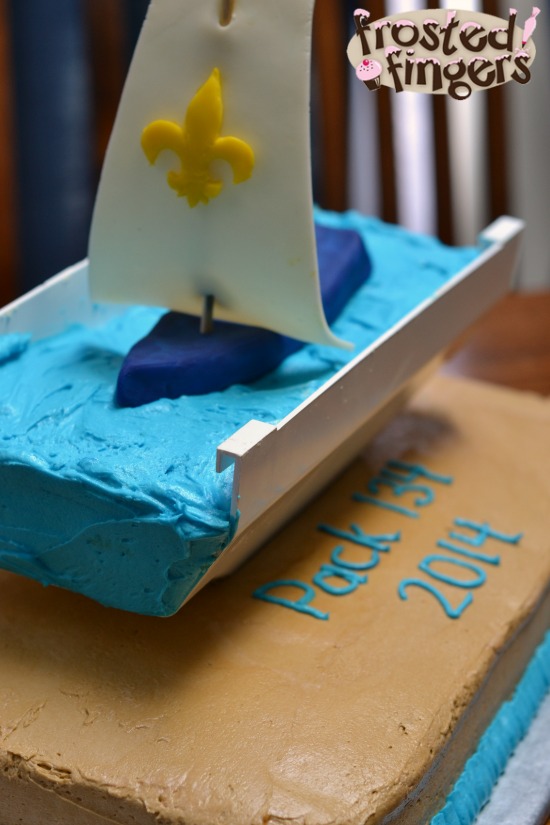 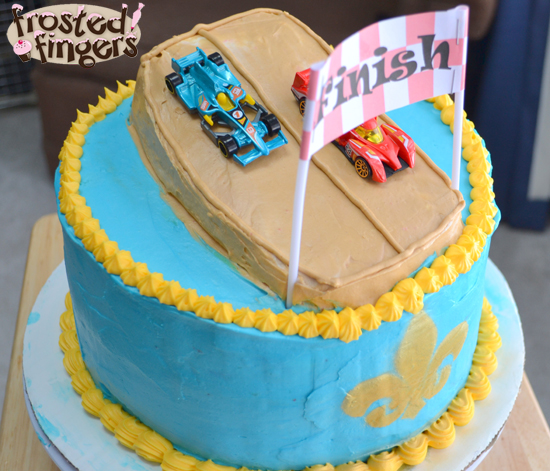 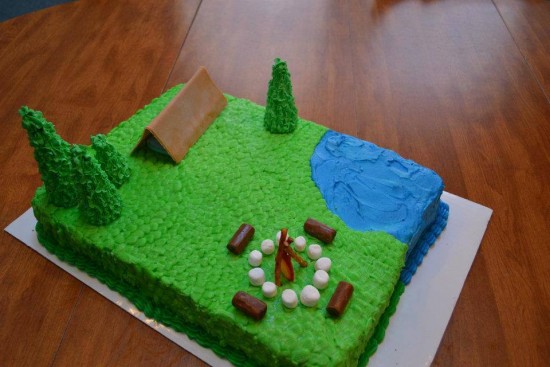