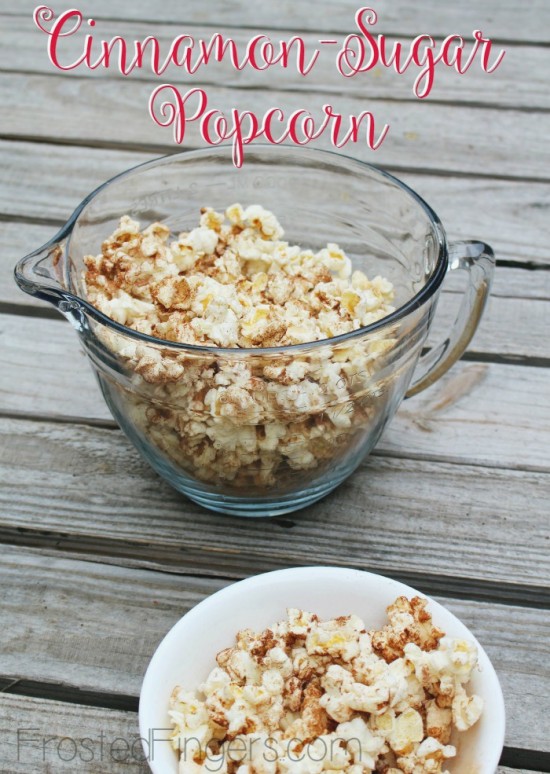 I enjoy {almost} all things sweet and salty – there’s just something about that combination.  So I made this Cinnamon Sugar Popcorn for my boys and I to munch on while watching the Kids’ Choice Awards and it was a huge hit! 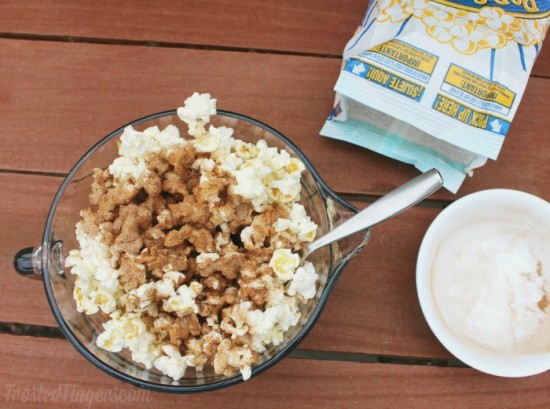 Not only was it delicious, though.  With only three ingredients, it was also incredibly easy to make. 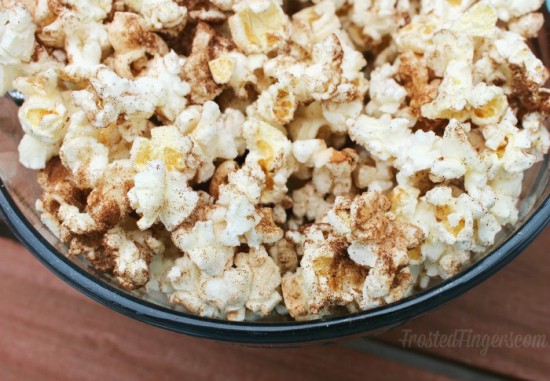 Be warned, though, this is a messy snack!  If you are serving it indoors, I’d recommend putting a towel down before handing the bowl to your kiddos.

Cinnamon Sugar Popcorn would be a fun snack for movies, parties, awards shows, and so much more.

What is your favorite popcorn flavor?