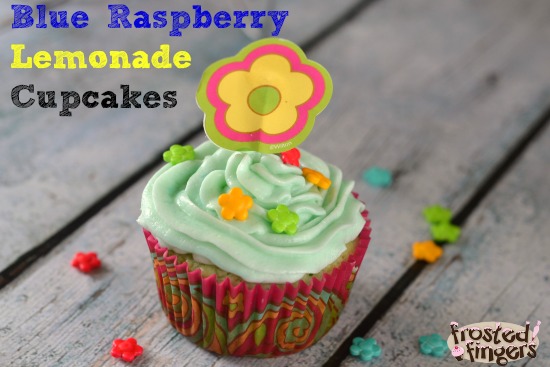 Monkey’s birthday was on the 11th, which was also Mother’s Day this year. I decided I wanted to make some cupcakes for her to take to the family picnic in the park. I didn’t want to make plain old cupcakes, so I decided to give Kool-Aid a try in the cupcakes and frosting to make Blue Raspberry Lemonade Cupcakes. I really liked them and I think the kids would have liked them better without those little flower candies on top. I think they were stale or something because they did not taste good. The cupcake liners, flower picks, and flower candies all came in a little Wilton pack that I found at Meijer. It was on clearance cheaper than just a pack of cupcake liners so I got that. I should have gotten something else. Not only were the candies icky, but the liners stained the inside of my cupcake pan! 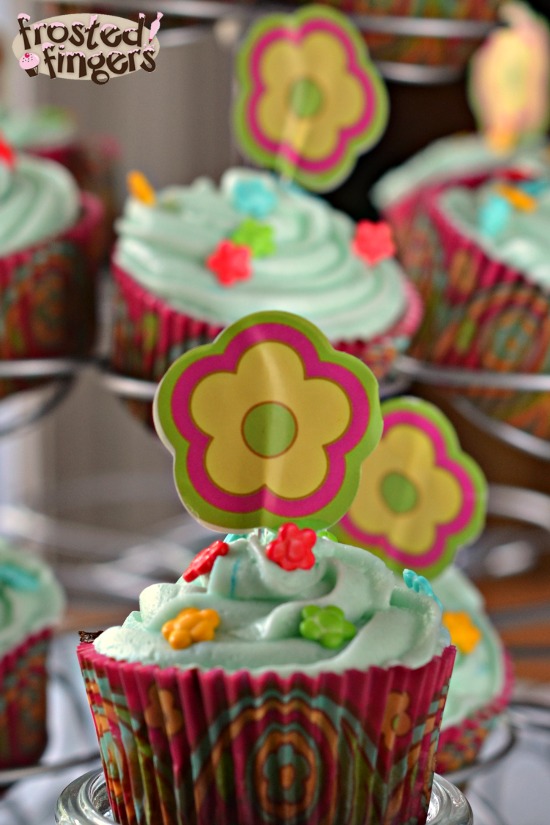 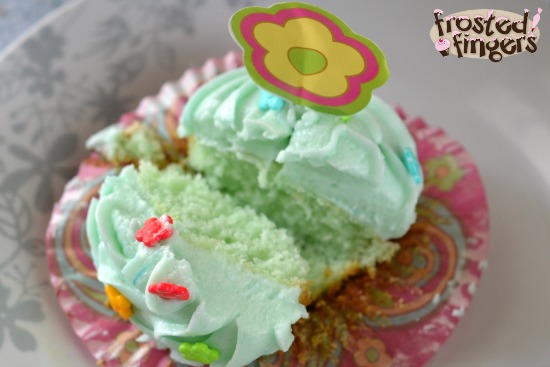 I love how easy it is to make this recipe and that you can give it a little kick with some Kool-Aid. I don’t think it was too sweet with the Lemonade Kool-Aid mix. Some other mixes give it a weird flavor. Have you ever added Kool-Aid to your cupcakes? What’s your favorite cupcake?