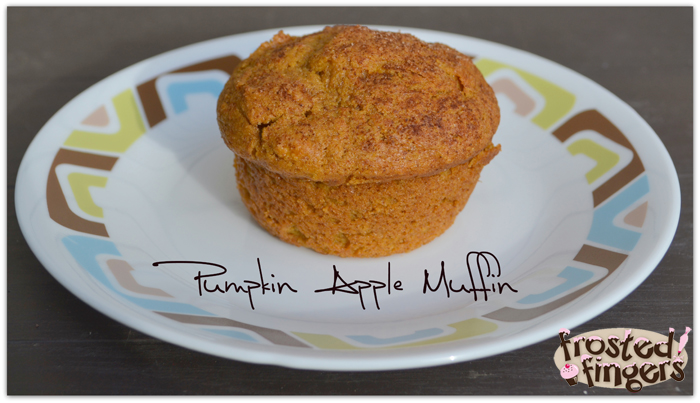 Last Sunday I woke up with the craving for some fresh homemade muffins. I had a can of pumpkin so I set out to find a recipe that I could modify to make some pumpkin muffins. This is the first time I’ve really messed with making my own baking recipe. I wanted to add some kind of fruit and I had just bought some organic apples from Whole Foods the day before, so I decided to try a Pumpkin Apple Muffin. I like my muffins moist, so I also added in a box of vanilla pudding mix and a cup of milk. Let me tell you, these were so moist and delicious! It was hard to just stop at one! (Counting calories and all.) 🙁 I thought afterwards that maybe some walnuts would have been really good in these as well. I hope you enjoy them, too.