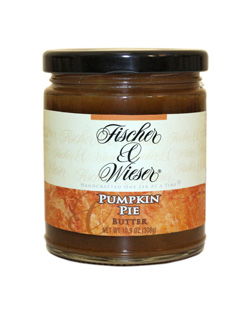 I was given the chance to try out Fisher & Wieser pie fillings; pumpkin pie butter and cherry pie filling. I made their 3-layer pumpkin pie for Thanksgiving, although mine only was a 2 layer because I had no more room in my pie tin to fit the 3rd layer. The pie was definitely not a traditional pumpkin pie. It was more of a pumpkiny cheesecake. I was thinking instead of layers, it may be good to just mix all the ingredients together. My whole family really enjoyed the pie.

The cherry pie was simple to make. Just buy a box of pie crusts, unroll, pour the cherries in, put the other crust on top and bake. I am not a fan of cherry pies, so I didn’t try it myself. Everyone that did try the pie loved it, though. 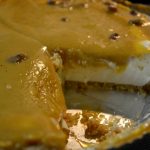 Note: I received a jar of pumpkin pie butter and cherry pie filling to review in exchange for my honest opinions. All opinions are my own.